My daughter was the only kid who didn’t have a separate Korean name when we signed her up for Korean classes three years ago. The blank space on the registration form looked at me, as if to say we’d forgotten something as parents. When she was born in the United States in 2012, my spouse and I, who are both Asian-American, never thought to give her a name like Seohyun or Haeun.
The New York Times Link to Story

There were two things I despised growing up as a kid in New York: piano lessons — the kind that required Czernys (and recitals with frilly dresses). So when my daughter...
Washington Post Link to Story

A story that explores working motherhood, elderly divers, and the relationship with my own aging mom.
Snap Judgment Link to Story

Seeing a surge in attacks against Asian Americans during the pandemic, community ambassadors are finding ways to help elders in Chinatown feel safe.
PRX/WGBH The World Link to Story

A studious engineer who abandons the practical to pursue an unwieldy dream in mid-life.
Atlas Obscura Link to Story

He Started A Movement To #StopAAPIHate

Russell Jeung says: "Even now we’re learning that with trauma people have different responses, there’s depression and anxiety, but responding gives you a sense of control rather than a sense of hopelessness."
NPR/USC Link to Story

A hospital chaplain cares for COVID patients when their families can't visit because she believes no one should die alone.
USC / KALW Link to Story

How a Firefly Festival in rural Pennsylvania changed the lives of bed and breakfast owners.
Atlas Obscura Link to Story

When the Khmer Rouge took over Cambodia in 1975, the regime carried out a genocide that killed over 1.5 million people and specifically targeted nearly all of the country’s artists and musicians. Very few survived. After the genocide, thousands of Cambodian Americans were resettled in the US as refugees in the city of Lowell, Massachusetts.
PRX/WGBH The World Link to Story

Why young North Koreans are daring to wear skinny jeans

Danbi, a black market smuggler, shares about her quest to wear skinny jeans, which were illegal in North Korea. From cell phones to movies, she shares what it was like to be a North Korean teen.
PRX/WGBH The World Link to Story

The California Sunday Magazine "At Home"

Temporary or permanent, the result of years of looking or a last resort, the place we call home can be a repository for memories, a family we create, an escape hatch. We sent photographers throughout the western United States to ask people where they feel most at home. In the mountains of Utah, we found a mother of four who designed her dream mansion with some help from Pinterest; an hour north, we accompanied a young engineer as she sought the solitude of a trail beneath the night sky....
California Sunday Magazine Link to Story

Diving with the last generation of Korea’s Mermaids

Elderly women in their 60s, 70s, and 80s free-dive off the coast of South Korea, and discover that retiring...
PRI/Public Radio International Link to Story
View More Stories

Heidi Shin is a writer + audio producer who is especially interested in the stories of immigrant communities and the inevitable connections between stories from abroad and our lives here in the US.

Amongst many adventures, she’s been diving with elderly mermaids on Jeju Island, trailed a group of Catholic nuns that reunites families separated at the US Mexico border, and interviewed a North Korean film director with his leading lady.

Her work has appeared in National Geographic, The New York Times, The Washington Post, California Sunday Magazine, Snap Judgment, Atlas Obscura, 70 Million, the BBC, and PRX The World. She also co-created and produced WGBH/The Ground Truth Project's "The New American Songbook," a podcast about immigrant musicians whose awards include an ONA, a Webby, and an Edward R. Murrow Award. Other recent awards include The New Yorker Festivals Radio Award.

Heidi also teaches at the PRX Podcast Garage and Harvard University’s Sound Lab and organizes the Sonic Soiree. She is often invited to speak about reporting in immigrant communities, reporting about mental health, women’s issues, and bringing new voices to podcasting. 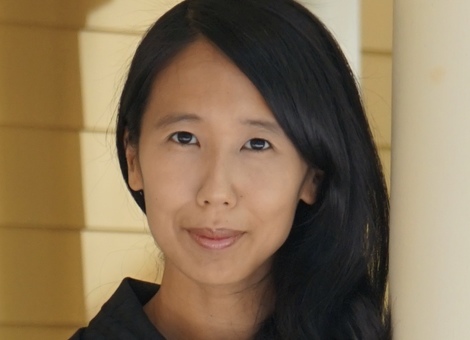